UK Today News: In a measure to make the journeys of drivers safer on the UK highways, the Highways Agency has implemented speed limits which can be controlled on the M1. The new system is known as the Controlled Motorway System. 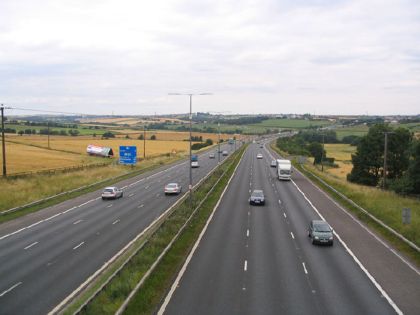 The system has been introduced in terms of the safety of the drivers on the highway, and has already been introduced on the Derbyshire, Hertfordshire and Nottinghamshire.

The system will help in managing the traffic during the peak hours. It will also help the Highways Agency in controlling the traffic in varying speed limits.

Road sensors will be installed and are set to measure the speed of the vehicles. The sensors will also measure the volume and flow of traffic, which will in turn help in reducing the congestion on the road. Andrew Robinson Morris, the Highways Agency Protection Manager said that the Controlled Motorway System has been installed as a part of the widening scheme . The manager said that the new system will also be a boost for the drivers, at the busy section of M1. Andrew added that the system will help in reducing the congestion and will also help in making the journey safer. The system will also help in the smooth flow of the traffic.