UK Today News: In some good news for visually-impaired people in Britain and Europe, the bionic eye will soon be available for purchase. The gadget has been approved by the European regulators for sale and will help in in everyday life in a big way. 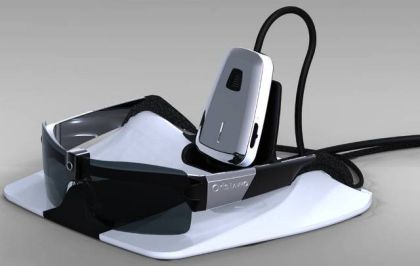 The bionic eye is known as the Argus II retinal prosthesis. The device, when implanted, works by converting the video images with the help of a miniature camera, which are fitted to the patient’s glasses, and these are then transferred via small electrical pulses.

The pulses are then transmitted to the electrodes on the retina, which is light sensitive in the inner surface of the eye. The remaining cells are then stimulated by the pulses.

The device has to be implanted with a surgery, which will cost $100,000 including the device. A clinical trial of the Argus II had involved more than 30 blind patients across the globe, except Australia. Lyndon da Cruz, a retinal surgeon consultant had said that the response from the majority of the blind patient was impressive as the majority of the patients could recognize bold letters and could also read short words, which has increased their expectations.

Australia has now welcomed the announcement as a proof that the bionic eye has the ability to work for the blind patients.