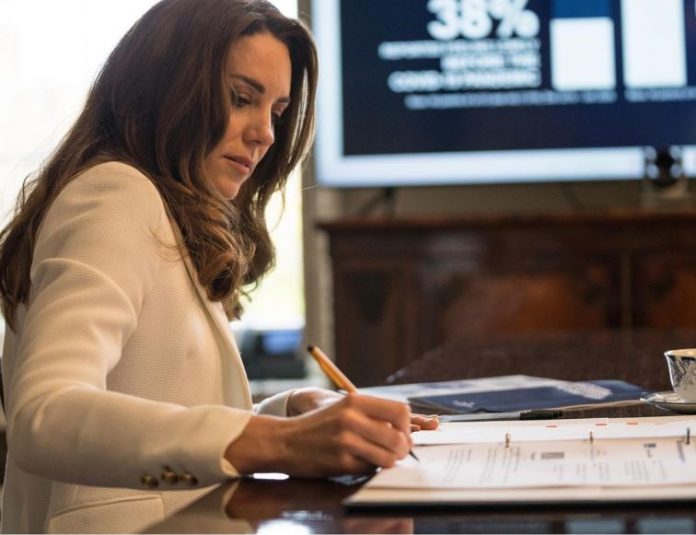 Due to the coronavirus pandemic and the fear of the Delta variant that can trigger a third wave, the Royal family members are all set to scale down the guest list for the statue unveiling event of Princess Diana. The event is expected to be held on July 1, 2021 which would mark the 60th birthday of the Princess of Wales. Reports say that even the Duchess of Cambridge Kate Middleton might not be attending the event.

Kate was earlier expected to join husband Prince William and brother-in-law Prince Harry at event. But the latest reports have claimed that the event would only be attended by some of the close family members of Diana. The plans for 100 people attending the event have been cancelled. It was just a week back when it was confirmed that Kate would be a guest at the event, and the latest development comes as a shock. This was something that Prince William and Prince Harry were eagerly looking forward to.

The guest list has now been amended and Prince Harry’s presence has also been confirmed after he has arrived back to the United Kingdom. Sources from the palace has mentioned that it is going to be a very intimate event and a very personal moment for the family. The plans of having a big event has been scrapped due to the fear of the new variants of COVID-19. A spokesperson from the Kensington Palace informed that Prince Harry and Prince William would be attending a small event that would unveil the statue that they had commissioned for their mother at the Sunken Garden at Kensington Palace.

The event will also have the presence of the committee members including the sculptor Ian Rank-Broadley and Pip Morrison the garden designer. The absence of Kate could be a disappointment for a number of friends of Diana as they consider her as the peacemaker between the brothers.