Hurricane Earl Now A Tropical Storm – The dreaded Hurricane Earl, which threatened the eastern coast of USA over the past few days, has reportedly turned into a Tropical Storm and is making it’s way towards the East of Canada. The National Hurricane Center said that Tropical Storm Earl is quite close to Nova Scotia, New England, and is currently around 40 miles south from Cape Sable. 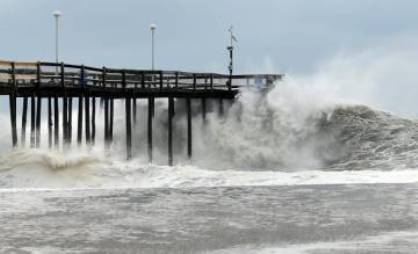 Reports state that in anticipation of Earl, a hurricane warning is in place in the areas stretching from Port Maitland, right up to Point Tupper. A tropical storm warning has been issued for the coast of Nova Scotia, Prince Edward Island, the Magdalen Islands and portions of New Brunswick. (CNN)

The tropical storm is currently moving with wind speeds of 70 mph, and there is likelihood of lots of rain. New reports state that areas in Nantucket, Massachusetts, have received 3 to 6 inches of rain as a result of Earl.