Hollywood actress Angelina Jolie proves yet again that no one that can replace her as a sex symbol. The mother of six showed off her slender figure as she posed in a corset for a new photo-shoot, which will be featured in the December issue of American Vogue. 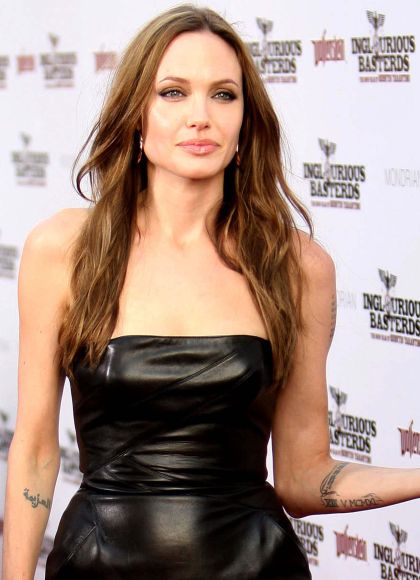 The 35 year old “Tomb Raider” actress posed for a Mario Testino shoot and flaunted her curves in an eye catching vintage silk corset, with a sweater tied around her waist; and no one can deny her gorgeous figure.

The Oscar winning actress has already proved her mettle as an actress, by portraying a variety of roles starting from a vamp vixen, to a simple down to earth woman, to a hot action figure.

American Vogue also features Angelina Jolie’s interview in its next month’s issue that reveals small things that her fans would really love to know about –  like how good a cook she is, her kids, her family life, her partner Brad Pitt, among several things.