On the second day of the G-20 Seoul summit in South Korea on Friday, the Prime Minister of India, Manmohan Singh criticized the US and China for quantitative easing and keeping currency undervalued. But being an economist himself, Singh suggested some of the measures that can help to bring stabilization in the global economy. 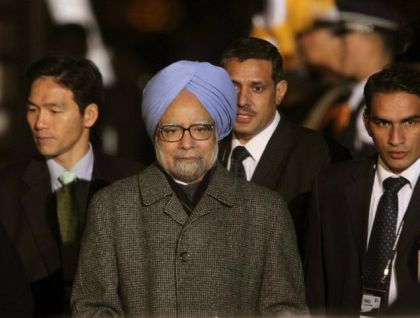 Reports state that at the G20 summit, the Indian PM suggested recycling of global surplus in developing nations’ infrastructure, that can be arbitrated by the World Bank and Asian Development Bank, or any other multilateral development banks.

Singh said, “Recycling surplus savings into investment in developing countries will not only address the immediate demand imbalance, it will also help to address developmental imbalances. In other words, we should leverage imbalances of one kind to redress imbalances of the other kind.”

The four principles that the Indian PM thinks will work in stabilizing the world economy are: competitive devaluation and a resurgence of protectionism should be strictly avoided; advanced deficit countries need to move to fiscal consolidation, tackling the structural cause of the problems and ensuring the sustainability of the borrowings.