UK Today News: A condolence book was opened in memory of the late landscape architect, Joanna Yeates, which invited the public to pay tribute to the Clifton resident. The book was supported by her family members in her memory, and was opened near a Church near Joanna’s flat. 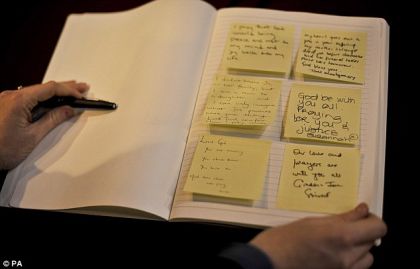 Reports state that after the 25 year old architect’s body was found on Christmas Day, the detectives have been trying their best to investigate and dig all the possibilities in the case. Till now, many possibilities have been predicted and considered.

The murder of Miss Yeates has shocked the UK, and since then the family has received many condolences from across the country, the associate vicar of Christ Church Clifton Rev Wayne Massey said, “From the start we have wanted to support both Jo’s family and friends and also the community here.”

He also added that the measure to open the condolence book may comfort the family to come out of the shock of losing their daughter on the day of Christmas. Joanna’s parents David and Theresa Yeates visited the place where their daughter was found, and made a plea to the people to find the killer.