In a shocking turn of events, former Democratic presidential candidate John Edwards has admitted that is indeed the father of videographer Rielle Hunter’s daughter, whom he reportedly hired before his second White House attempt.

Edwards has reportedly confirmed this in a statement that was released to The Associated Press Thursday. The statement comes after he consistently denied that he wasn’t the father. 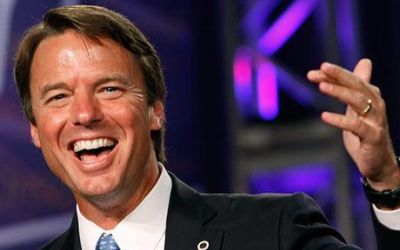 John Edwards has agreed to take responsibility of his daughter Frances Quinn Hunter and said in the statement:
“I am Quinn’s father. I will do everything in my power to provide her with the love and support she deserves. I have been able to spend time with her and trust that future efforts to show her the love and affection she deserves can be done privately.”

“It was wrong for me ever to deny she was my daughter and hopefully one day, when she understands, she will forgive me. [I’ve] been providing financial support for Quinn and have reached an agreement with her mother to continue providing support.”

“I understand that to all those I have disappointed and hurt, these words will never be enough, but I am truly sorry.”

His decision to finally confess his paternity of a child with Rielle Hunter has undoubtedly put an end to his political career – all thanks to the fact of his repeated denial of an extramarital affair with Hunter.

John Edwards’ woes began back in 2007 when the National Enquirer began reporting about his affair with Hunter.