A new film has revealed that an ex girlfriend of the UK Prime Minister David Cameron has now become a nun, after battling with drugs and drink problems. 44 year old Laura Adshead met Cameron when they were studying at the Oxford University. 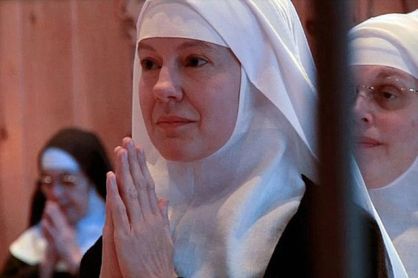 Both were working at Conservative Party HQ and dated between spring 1990 and summer 1991. Later Laura left politics and after their split she moved to New York and worked as an advertising executive for top firm Ogilvy & Mather.

Later Laura left herself in to socializing and was seen partying with royalty and billionaires and eventually found herself in to drugs and drinking. Adshead while speaking in a documentary said “I feel like I tried most things in life that are supposed to make you happy. That journey took me down into alcoholism and drug addiction.”

But then in the year 2008, she decided to get back in to her olden days and live a life of worship on a 400 acre farm in Connecticut, US. Laura added that this was the place where she could see herself being as it was where it is all. The former girlfriend of the UK PM is now known as Sister John Mary, who took her vows four years back.