The weather in London might not have been favourable, but still Kate Middleton managed to look red hot during the Diamond Jubilee celebrations. The Queen on June 3, looked pleasant in white, Kate was seen in a red long sleeved dress by Alexander McQueen, which flaunted the younger generation of the Royals at the Diamond Jubilee pageant. 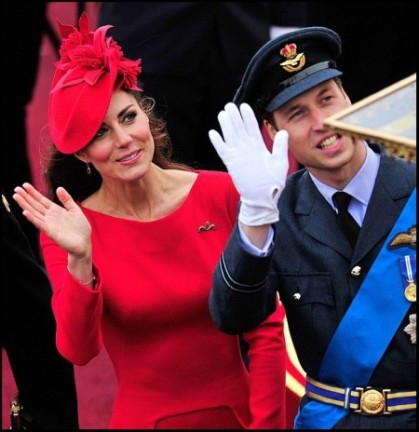 Middleton maintained the colour theme with a scarlet hat by Sylvia Fletcher of royal milliner James Lock & Co. The Duchess of Cambridge also accessorised her look with a red satin clutch bag. Moreover, Kate even had a red umbrella in hand to deal with the weather.

After her marriage with Prince William, Kate has worn the bold red colour many times in public. In December 2006, when Kate went to the military academy for Prince William’s passing out parade, it was considered as the most high profile public appearances.

Middleton wore a knee length red coat with black leather gloves, knee length black suede boots, black opaque tights along with a large black straw hat. The Duchess even held her black clutch bag in front of her, the style which became very familiar in recent times. Even the stylists believed that red has been the best colour to suit Kate.