British actor and comedian Russell Brand after moving on from former wife Katy Perry said that he would still get married again. Brand also revealed that he is single but dating. At present the comedian is promoting his upcoming movie ‘Rock Of Ages’ which also stars Alec Baldwin and Tom Cruise. 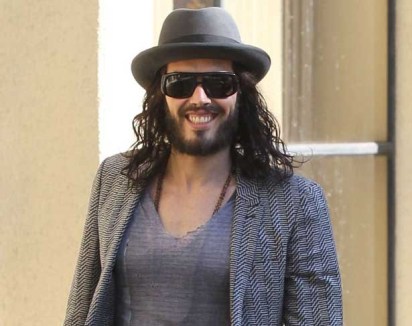 But all the attention has been concentrated on the love life of the actor especially after his separation from his wife Katy Perry in the month of December last year. After the break up, Brand has been seen with a string of women and now it seems like he is enjoying every bit of his new found freedom.

Brand while talking to a daily said, ‘I’m single at the moment. I’m also dating. You know that sort of dating where you can do what you like?’ Now that he has got in to the field once again, the failed marriage of the star has not kept him away from his wish to get hitched once again.

When asked about tying the knot once again, the actor said, ‘Yeah, I’d get married again.’ So the actor has already started searching for his next wife. Brand is every moment making it clear to everyone that he is single and ready to mingle.