British Television talent show The Voice had earlier planned a live tour tied to the BBC. But the show has now been cancelled due to the poor ticket sales. The popular British broadcaster revealed about the lack of interest Of the fans on June 19, 2012. 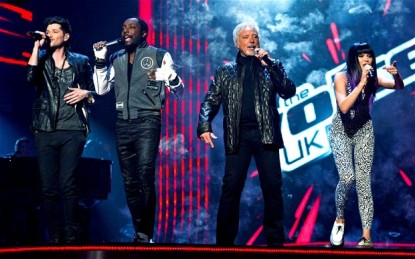 The cancellation is also a blow to the show itself which opened with strong viewer ratings at its launch in the month of March but lost the popularity during the very first season itself. More embarrassment as faced by the show when the winning act of Leanne Mitchell reached at number 45 on the singles chart with a cover of Whitney Houston’s ‘Run To You’.

On the other hand the popular show ‘The X Factor’ is run by music producer Simon Cowell and is aired in the main rival of BBC, ITV. The winners of the show are regular on topping the charts and its tours of Britain are generally successful too.

The Voice Live Tour UK was due to open on September 12 in Bournemouth and was also supposed to visit, London, Birmingham, Cardff, Manchester, Liverpool, Glasgow and Sheffield. A spokesperson in a statement said that tour has been cancelled and the customers are advised to contact their point of purchase for ticket refunds.