British pop girl group, Spice Girls are all set to perform at the closing ceremony of the London Olympics 2012ong with The Who. Sources familiar with the development said that the group had to first secure Victoria Beckham who was quite reluctant, before they agreed to the much anticipated reunion. 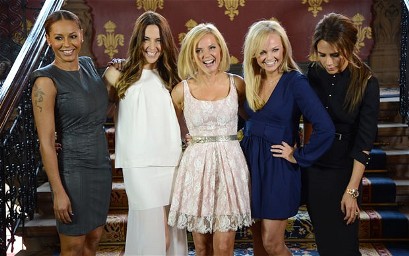 The reunion of the girl group was discussed since the beginning of the year 2012. The girls haven’t performed together since four years. Reports say that the girls will take the stage during the finale spectacular and sing their break out hit ‘Wannabe’.

The other veteran singers like George Michael and Take That will also be a part of the much awaited events in the world which will be watched by millions all over the world live through TV. Beckham last month gave her fans a hope of an Olympic performance with her group, when she launched e group’s upcoming musical ‘Viva Forever’ in London.

On July 19, 2012 the singer said to an Irish radio host, “I’m so respectful of my past and I love the other girls. We have some fantastic fans. Who knows, maybe some day we’ll do something else with the Spice Girls. I would love nothing more.” The singer also said that she does not know about the come back tour but loves to be back with the girls.