PETA has released its “State of the Union Undress,” in anticipation of the presidential address that takes place on Wednesday. And keeping up with true PETA style, the speech is as raunchy as their ads. 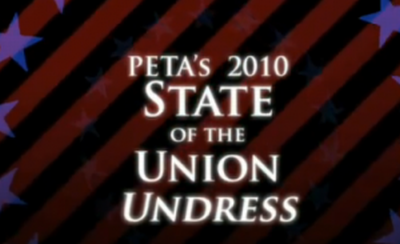 In the “State of the Union Undress”, you can see a very curvaceous woman who pronounces PETA’s goals to “turn Americans on” to a better way of living and at the same time she urges Americans to “take matters into their own hands” by following a veegetarian lifestyle.

That’s when the hot PETA spokeswoman slowly strips to her underwear. 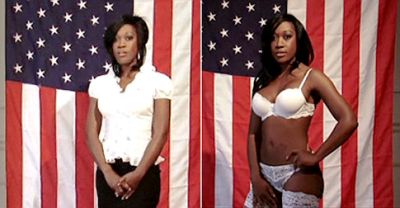 It is a little hilarious when the camera then shows shots of a smiling aged Congressman John Dingell as well as First Lady Michelle Obama giving the spokeswoman a nod.

This is definitely one hot way to make people to think about animal cruelty.

Check out PETA’s State Of The Union Undressed Ad here”