Telecom operator Virgin Media has announced that the people of London can now enjoy free Wi-Fi internet access on the Tube system till the end of the year. The free Wi-Fi system was earlier launched for the Olympics. 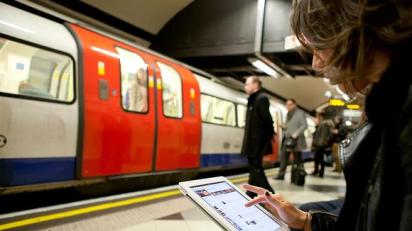 Virgin Media has announced that the free service has been extended in view of the strong interest in the service. Londoners will enjoy free service till the end of the year.

The company revealed usage figures that roughly 660,000 people in a day go online while they wait for the train to arrive on the platform. The people also use the service while waiting at the ticket hall in some stations.

The service connection ends as soon as the passengers enter the tunnel on the train. Jon James, of Virgin Media while announcing the new timeline said that the scheme was an incredible success. James added, “Commuters and visitors will be able to make use of the internet throughout 2012, and we’re in positive talks with potential wholesale partners to ensure a fantastic experience for all Tube passengers throughout 2012 and beyond”.

A spokeswoman from Virgin Media has also said that the free Wi-Fi connectivity will not be available at all stations owing to the fact that there are some technical difficulties in installing it in everywhere.