American actress Eva Longoria is reportedly single once again, as she has called off her relationship with Mark Sanchez. The couple was dating for about two months and Sanchez told his close friends about the breakup on October 23, 2012. 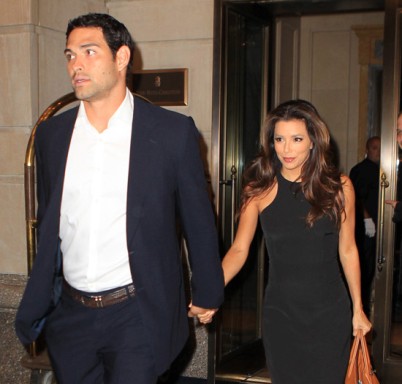 Moreover, a representative of Sanchez said, “Mark adores and respects Eva. It really was about scheduling more than anything else. They will remain close friends.” Till now the breakup has been free from any drama. Close friends of the couple said that they have completely different schedules. On the other hand Sanchez seems like he has already moved on, as he was seen flirting with other women in NYC over the weekend.