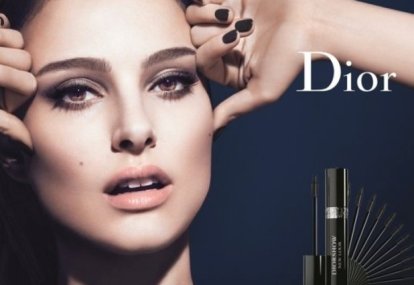 The magazine advertisement has shown the actress with the text “Lash-multiplying effect volume and care mascara. The miracle of a nano brush for an unrivalled lash creator effect. It delivers spectacular volume-multiplying effect, lash by lash.” Rival cosmetic company L’Oreal had complained to the Advertising Standards Authority that the advertisement was misleading and exaggerated the likely effects of the product.

The Advertising Standards Authority investigated the ad after the complaint was made. On the other hand, Dior defended the campaign by saying that it did not receive any complaints from consumers and stressed that the advertisement did not exceed any expectations from the mascara brand.

The company admitted that the actresses natural lashes were digitally re-touched during the post production with the help of the Adobe Photoshop software. Dior explained that the retouching was done to separate and increase the length and the curve of a number of lashes, and to replace and fill a number of missing or damaged lashes. The company also explained that a minimal amount of re-touching was done to increase the thickness of her natural lashes.