The Duchess of Cambridge joined Prince Phillip and the Queen, at Buckingham Palace on October 23, 2012, for an official reception for Team Great Britain’s Olympic and Paralympic medallists. 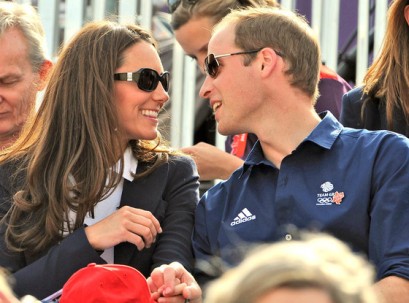 Kate Middleton looked ravishing as usual while she wore a black dress by Alice Temperley with embroidered flowers. The Duchess seemed in great spirits during the reception, as she boasted about the incredible games which was witnessed by the world earlier this year.

While talking to one of the teams Kate revealed that she has taken up horse riding. It has been known to everyone, that the Royal Family is fond of horses. However, it was also reported that Kate is allergic to animals due to which she cannot join her husband on countryside hikes.

Now it seems like she has found some solution for her allergies and is all set to get into horse riding. Her husband Prince William will be delighted as the Royal family has always been passionate about horse riding; now Kate will not have to feel left out. A para-equestrian rider who won his tenth Paralympic gold medal, along with the silver and bronze had also attended the reception, and said that coming to Buckingham Palace was special, as many Royal families had come down to watch them.