Japanese-based video game company Nintendo has announced that its TVii pruduct will be launched along with the Wii U console in Japan on December 8, 2012. TVii is the Wii U’s multimedia TV guide. However, according to reports, US and European users will have to wait till 2013 to get the TVii functionality. 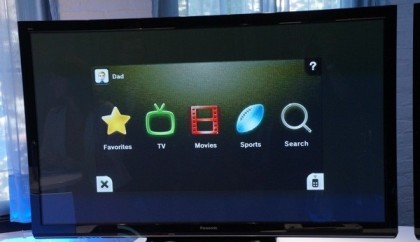 TVii gets data from Rovi’s G-Guide and allows gamers to scroll through TV listings using the GamePad. The game company announced earlier this month that TVii was delayed till the month of December, 2012 and that its release will not coincide with the American launch of the console.

However, once again the feature has been delayed for the US and European gamers. Gamers in Japan will be able to take advantage of TVii right from the product’s launch. Nintendo is also looking forward to one particular feature of the product, which gives users the ability to use the Wii U’s GamePad as a television remote control in Nintendo TVii.

Gamers who wish to have this feature turned on will have to pay a one-time fee of 100 yen. The fee might seem strange, but gamers pay in double digits every year to watch Netflix on their Xbox 360 in any case, so there may not be too many complaints about this charge.

On November 18, 2012, the Wii had a respectable launch in the US market and was well-received by gamers.