Hollywood actress Jennifer Aniston is all set to celebrate her 41st birthday in Mexico this weekend. The actress becomes 41 on February 11 but she seems to have begun the celebrations after news reports of her flying pals Courteney Cox, David Arquette, and Sheryl Crow down to Los Cabos, Mexico.

People.com reports that her co-star Gerard Butler ended up surprising her at the party. 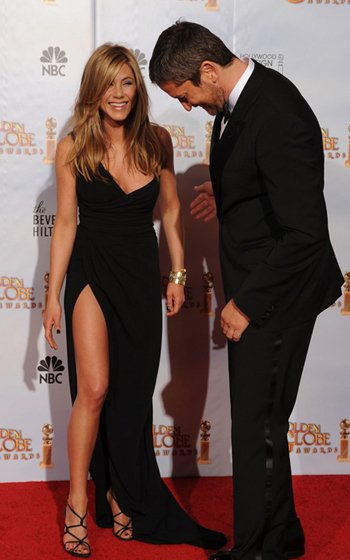 Jennifer and Gerard star in the new movie “The Bounty Hunter” and there have been reports that the two are an item, even though both have denied these rumors.

Just recently, Jennifer and Gerard were snapped getting cozy at the Golden Globes.