British chancellor George Osborne has announced cuts in corporation tax and welfare spending, as well as extending his austerity program till 2018, in response to negative reports from the Office for Budget Responsibility (OBR), which stated that the UK economy will have its worst post-recession performance, with 0.1% contraction in 2012. This will be followed by growth of just 1.2% in 2013. The chancellor admitted his inability to meet the targets for repairing public finance and justified his actions by saying that the income of those in work were rising at a slower rate than those on benefits. 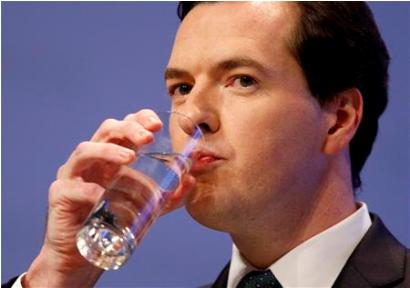 Rating agency Fitch warned that missing the target weakens UK’s credibility and the country might even lose out on their coveted AAA rating. OBR predicted that the economy will return to its pre-recession level by late 2014, but borrowing will be higher than expected throughout the succeeding years. OBR supported Osborne’s decision in spite of the risk of rising unemployment.

Anti-poverty organisation Rowntree Foundation has opposed the course of action, as according to them poor people will be most affected because of this. Shadow Chancellor Ed Balls also termed the decision as incompetent and unfair as Labour didn’t make any comment at the three year squeeze in welfare benefits, but claimed that a majority of those who would suffer because of this would be people in work. Osborne earned criticism for reducing the amount of tax relief received on pension payment for those on a higher income.