This is the first time that the Southampton branch of the Swedish furniture and home company Ikea has decided to sell real Nordmann Fir Christmas trees, instead of artificial ones that they have been selling previously. However, in the process the company had to give a discount of  up to 96 percent on trees that were priced at 25 pounds initially, which was considered too high by the customers. 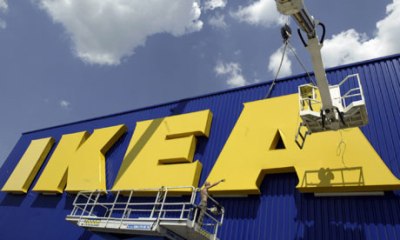 To give a boost to its sales, Ikea first reduced the price to 5 pounds and finally slashed the price down to 1 pound on December 17, 2012. Following the cut in price, the shelves of the stores are getting empty faster in the last week before Christmas.

Similar trees of same quality cost around 60 pounds at local gardens, while they are priced in the range of 10 pounds to 12.5 pounds at other Ikea stores in Nottingham, Wembley, Notts and other such branches. The Southampton store is the only one in the UK which is giving such a heavy discount on the Christmas trees. It is more like a generous Christmas gift from the store owners to its customers.

Nordmann Firs, which are now the most popular Christmas options in Britain were first introduced in the UK during the 1990’s, but last month a survey released a prediction that this year around 18 percent of homes will be having real Christmas trees instead of off-the-shelf ones.