For the first time in more than a decade the Miss Universe crown was won by someone from the US on December 19, 2012. Olivia Culpo walked away with top honors after a very close race, which saw Miss Philippines Janine Tugonon place second while Miss Venezuela Irene Sofia Esser Quentero came in third at the Planet Hollywood casino in Las Vegas. The last winner from the US was Brook Lee, who took the crown in 1997. 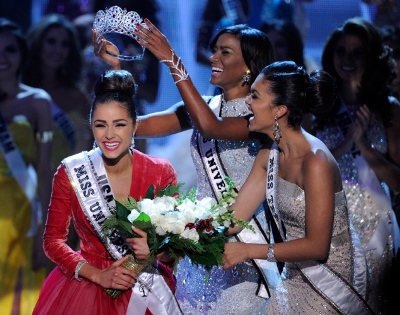 Culpo is a 20-year-old university sophomore and won over the judges throughout to make it to the final 16. She almost did not make it when she tripped during the evening gown round, but made a good recovery to continue through the competition. To start off the evening the young beauty wore a tight navy blue dress, which had a sequenced bodice and later wore a red velvet gown. She also wore a purple and blue bikini during the swimsuit round.

Olivia grew up as the middle child in a family of five siblings. She is a good cello player and has played alongside Yo-Yo Ma who is a world renowned cellist. The 20-year-old took the Miss USA crown in June, 2012 to cement her name as the representative from the US.

The Miss Universe Pageant is co-owned by NBC and Donald Trump and this year’s event showcased 89 of the world’s most talented and beautiful women.