February is a busy month for Chicago’s Chinatown as it hosts various events dedicated to one of the biggest holidays in Chinese culture. One particularly festive day however, was February 17,2013, as the annual New Year parade was held to celebrate the Chinese year of the water snake. 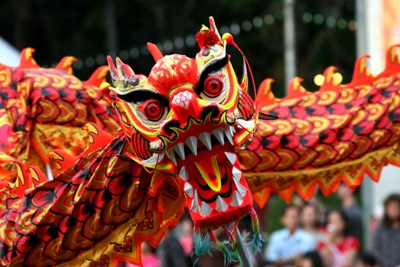 The celebration took place one week after Chinese New Year, which was on February 10, 2013. It started at 1 pm at 24th and Wenthworth and went all the way north to Cermak.

Featuring colorful and vibrant dragon floats, red lanterns, cultural dances and traditional gift exchanges (to keep the good luck running in 2013), this party was bound to make a lot of people smile and have fun. A rally was held after the parade, which was hosted by the Chinatown Special Events Committee, featuring local merchants, members of the community and the government officials.

Chinese New Year’s has a long list of festivities associated with it. However, there is one essential item no Chinese celebration would be complete without and those are firecrackers. Shooting off firecrackers is the Chinese way of saying goodbye to the old year and welcoming a new (and hopefully better) one. The US is not the only place in the world where the year of the water snake is being celebrated, there are various celebrations taking place across the globe being organised to bring in some prosperity.