Miss Philippines, Megan Young has won Miss World 2013’s Top Model Contest. The official website of the pageant confirmed that Young competed against nine other contestants from England, South Sudan, USA, Cyprus, France, Italy, Cameroon, Ukraine and Brazil. All ten contestants were judged in a fashion show, which put a spotlight on designers from Indonesia. 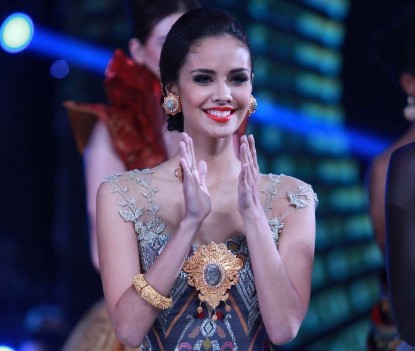 Olivia Jordan from the United States came in second after Megan Young. The third position was claimed by Marine Lorphelin of France, while the fourth position was taken by Ukraine’s Anna Zaiachkivska and the contestant from Brazil, Sancler Frantz was ranked fifth.

In addition to this title, Young also won other contests and has been ranked 5th in the Beach Fashion competition and fourth in Multimedia competition. As of September 25, 2013, Miss Philippines Megan Young also ranked second in the Miss World’s The People’s Champion competition, which is decided thanks to people’s votes through the Miss World App which can be downloaded from iStore, as well as Google Play.

The 23-year-old is a Filipino-American TV host and actress, who had her first big break in show business with the talent reality search ‘StarStruck’, where she was ranked in the top three, with LJ Reyes and Ryza Cenon. Apart from TV, the actress also starred in a few films and is now all set to represent her country at the Miss World 2013 contest in Indonesia.