For the first time in 17 years, the United States government began a partial shutdown on October 1, 2013. The current situation will have many consequences, as it will force up to 1 million people to take unpaid leave, national parks will be closed down and many medical research projects will be put on hold until further notice. 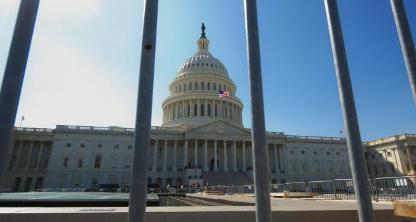 Federal agencies have been told to cut back services, after lawmakers failed to break a political standstill, which raised new concerns over the ability of a divided Congress to carry out its most basic functions. The deadline to avoid the shutdown was missed at midnight, as both Republicans and Democrats proceeded with a bitter blame game and both sides continued to shift responsibilities to the other.

If Congress manages to agree to a new funding bill in the near future, the shutdown can last for a few days, instead of  weeks. At the moment, there are no signs of a possible strategy to bring the parties together. New concerns have also been raised because of the political dysfunction at the Capitol and whether the Congress will be able to meet the important mid-October 2013 deadline to raise the government’s debt of $16.7 trillion.

The US President Barack Obama accused Republicans of being too obligated to Tea Party conservatives in the House of Representatives. Obama said that the shutdown can threaten the economic recovery of the country.