It has been reported that retail sales in the UK faced their biggest annual fall in March 2014 since April 2013. The sales have been affected by unfavorable year-on-year comparisons because of the late Easter in 2014, one of the industry surveys showed on April 15, 2014. 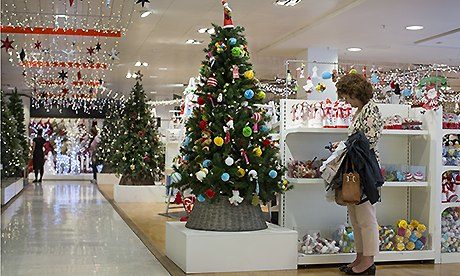 The British Retail Consortium – which is a trade body for the biggest retail chains in the country – said that total sales decreased by 0.3 percent in March 2014. This marked the first annual fall since April 2013 and after a moderate 0.7 percent annual rise in February 2014. The increase in consumer demand was one of the biggest factors which helped the economic recovery of the country in 2013.

It has been stated that consumer demands were increasing, despite the inflation rates rising much faster than wages. In 2014, the government of Britain is hoping that exports, as well as business investments will account for a bigger share of growth. The Easter holiday fell in March in 2013, offering a boost to various sectors, including furniture where purchases are usually made during the holiday weekend.

On the other hand, this situation was not repeated in 2014 as the Easter holiday falls in April. However, other sectors like clothing and garden equipment performed better and the warm weather also helped in 2014, compared to 2013.