Scottish professional tennis star Andy Murray surprised the world of tennis after he hired a French woman – Amelie Mauresmo – as his new coach. With the recent development Murray has become the only player in the men’s top 10 to have a female coach. 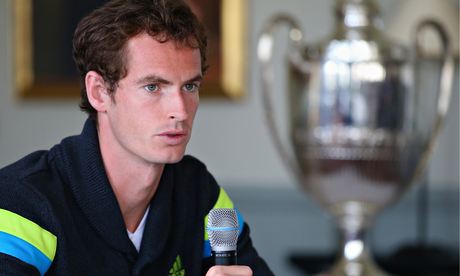 Moreover, his decision to appoint Mauresmo will be closely watched and observed in the upcoming weeks as he prepares to defend his Winbeldon title. The recent move by Murray has raised much curiosity in the tennis community.

Roger Federer –  17 time Grand Slam champion – said, “I think it is very interesting. I always enjoyed watching her play and she is a true professional.” Federer added that he thinks Murray made a great choice and hopes that they would make a successful team together.

Grand Slam champion, Billie Jean King said that it is not the gender of the coach, but the strength of the relationship between the coach and the player which will make the partnership work.

Jean King added that women have coached men for many years. Meanwhile, Jim Courier, the former World Number one said that it is a bold call and also an interesting one. Courier added that Amelie knows her tennis and time will tell whether it turns out to be a good match.