The New Coco-Cola Life claims to have a Third less sugar than the regular version of Coke.

Beverage manufacturing giant Coca-Cola is all set to launch its new naturally sweetened drink which will have three times less sugar and calories than the regular coke. The new drink has been named as Coca-Cola Life and will go on sale in Britain in September 2014, after a pilot in Argentina and Chile. 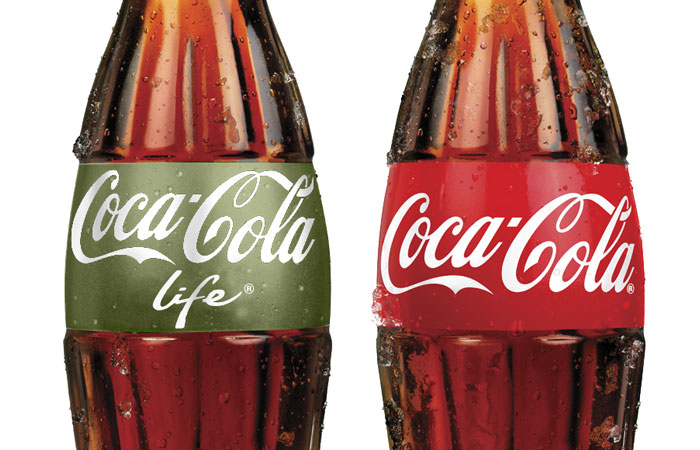 The new coke will be distinct in look from its earlier counterpart, it will swap the characteristic red for a green band on the bottle. The new experiment has come after the government’s serious concerns about rising obesity rates amongst its citizens.

The new product by the company will become the first new Coca-Cola since Coke Zero was launched in 2006. The new drink will be sold in a green can. The beverage has been sweetened with a blend of sugar and stevia leaf extract in a 330 ml can which will contain 89 calories. The calorie count and reduction of sugar amounts is the main USP for the new ‘green’ Coke.

The stevia leaf is naturally extracted from the stevia plant and is found in South America. At present Coca-Cola Great Britain uses stevia leaf extract as a sweetener for Sprite and Glaceau vitamin water brands.

Earlier in 2014, a group of health experts launched a campaign to reduce the amount of sugar which is added to food and soft drinks as a part of efforts to tackle obesity and diabetes in the UK.