British hockey team claimed victory by beating New Zealand at the Commonwealth Games Hockey bronze. It was a thrilling match which ended up on penalties. England was falling behind in the first half after which it took the lead before it was pegged back to 3-3. 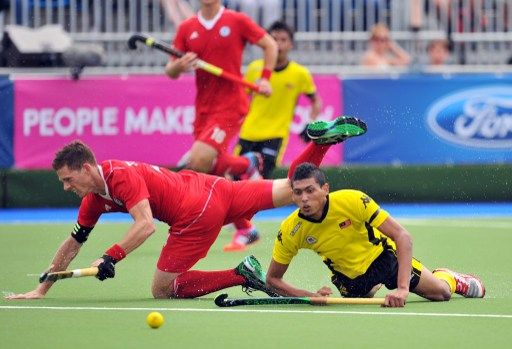 Blair Hilton of New Zealand and Simon Child failed to defend British keeper George Pinner with penalties while Ashley Jackson was also made the winner. Australia beat India with 4-0 to win gold and this was their fifth victory in the Commonwealth Games hockey tournaments. English players lost to Australia during the semifinals and claimed their first medal ever since Hockey made its debut in Kuala Lumpur in 1998.

The bronze medal has also ended the run of the fourth place that finishes at the last Commonwealth Games. English Captain, Barry Middleton said, “Four years ago, we lost to New Zealand on flick penalties so it’s the other way around now”. Middleton added that they are also turning the tide on the British towards losing on penalties and that they have started to do it and the girls have already started.

Bobby Crutchley said, that it was a very tough game for both the teams and that he is happy the guys got the bronze medal as they have finished fourth many times before.