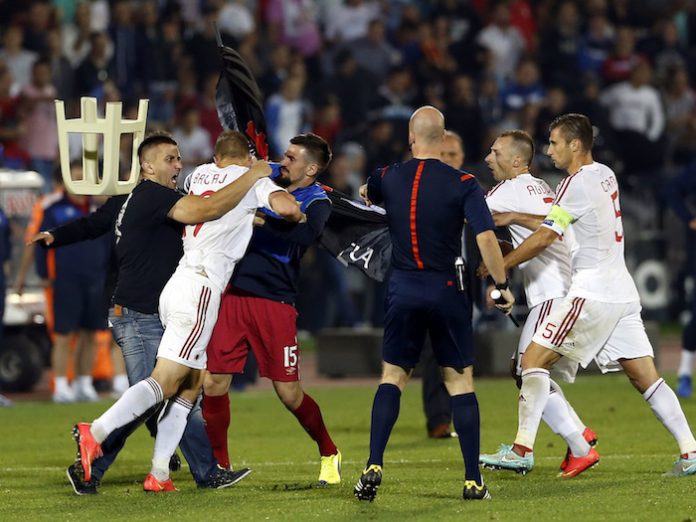 The Euro 2016 Serbia vs Albania qualifier match was called off after a drone carrying pro Kosovo flag landed on the pitch.

The recent Euro 2016 qualifier match between Serbia and Albania had to be called off in the 42nd minute after a drone carrying pro Kosovo flag landed on the pitch. While hovering around over the pitch, one Serbian player pulled it out and began running with it. 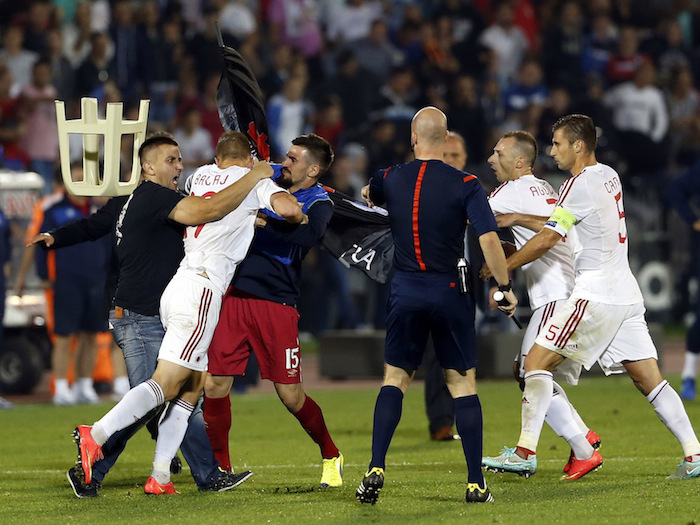 This is when one Serbian fans came and assaulted him from the back. A full scuffle ensued between the Albanian players and the Serbian fans. The Serbian players tried to protect the Albanians from attacks, but the whole scene became very chaotic. Fans that could not make it to the pitch, expressed their disappointment by throwing chairs and bottles at the Albanians.

The match came to a halt in the 41st minute when English referee Martin Atikinson stopped the match after the drone kept getting lower.  A statement issued by UEFA said that the Group I match was abandoned “due to a disturbance on the pitch” with a score of 0-0.

The match took place in Belgrade, Serbia on Tuesday, October 14, 2014. There has been tension in the region for a very long time now. One Serbian supporter said, “Shame on them Olsi Rama is I believe some sort of a politician, he should not have done this. I thought sport was supposed to win here, not politics.”