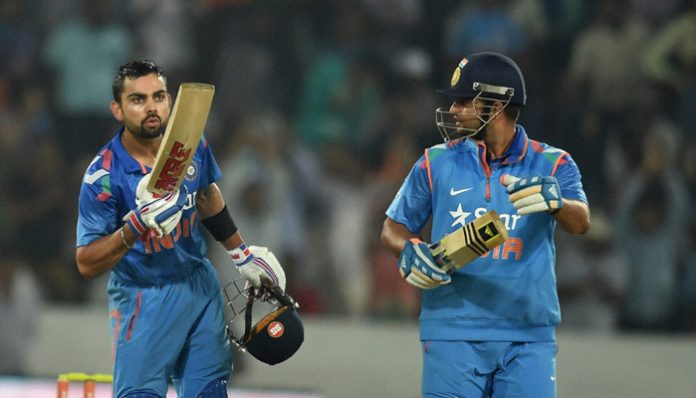 India played Sri Lanka on Sunday, November 8, 2014 in Hyderabad for the third ODI of the 5 match series. However, at the end of the game, India’s emphatic 6-wicket win over their opponents was the not the talking point of the match. It was stand-in captain, Virat Kohli’s record breaking 50 that hit the headlines. 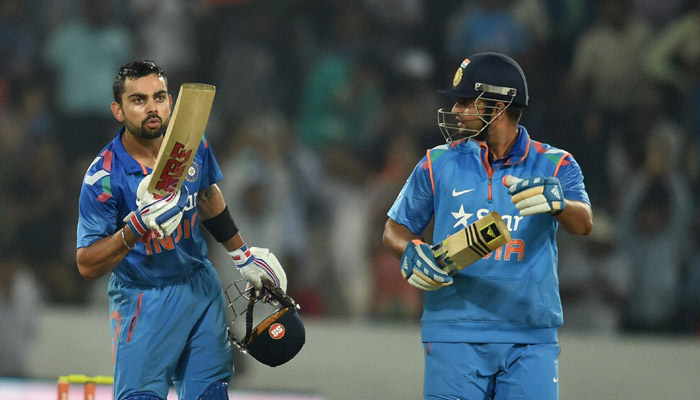 Kohli now holds the record for the quickest to reach 6000 ODI runs, breaking Sir Viv Richards’ 25-year-old record. Kohli reached the milestone after playing just 144 matches, while the legendary Viv Richards took 156 matches to achieve the same feat. Kohli brought up his fifty as he picked up a single against Chaturanga de Silva in the 39th over of the match.

Soon after he brought up his 50, he lifted his helmet and blew a kiss to his girlfriend, Bollywood actress Anushka Sharma, who stood up to cheer for him. With this win, India clinch the series 3-0 with 2 matches to go. As the World Cup draws closer, teams around the world will be looking to experiment with their squads and figure out what will the best combination be.

With the series already decided, the remaining 2 games would be a good time to test young talent ahead of the World Cup.