What is Guy Fawkes day and what does it mean to us in our rapidly deteriorating ‘contemporary’ society?

The Guy Fawkes mask has been the face of global protests ever since the 2006 political thriller V For Vendetta. It has come to be a mass symbol of public discontent towards social and economic inequalities, with a trickle of anarchy looming in the background, waiting to take over. But do we really know much about man behind the mask and what power it is capable of unleashing? 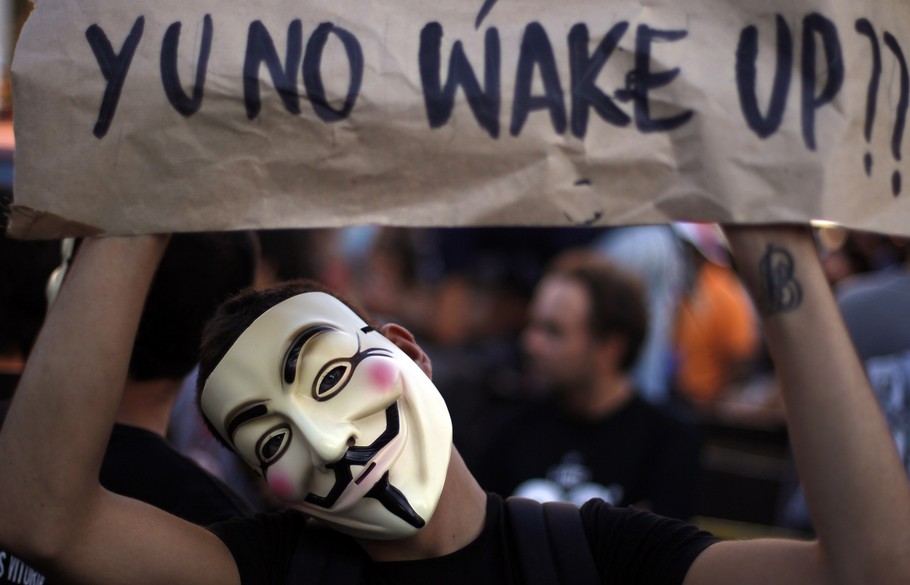 Every year on November 5, known as Bonfire Night, Londoners come together to gaze at bonfires, drink and burn effigies of politicians and an extravagant show of fireworks as a practice embedded in British culture, but not all know the origin of its raw symbolism.

It all began in the 17th century, in the year 1605, when Guy Fawkes joined the Gunpowder Plot formulated by a group of English Catholics, which intended to overthrow the protestant monarchy of King James. Before the explosions took place, a tip off from an anonymous letter led to Fawkes’ arrest, and since then, the day has been celebrated by lighting bonfires as a form of thanksgiving.

Many fables and nursery rhymes were written about the events that occurred on the fifth of November, one of which even featured in the Wachowski Brothers’ adaptation of the 1982 Vertigo graphic novel of the same name written and illustrated by Alan Moore and David Lloyd.

Lloyd introduced stylised portrayal of the mask that sports a wide and pointy moustache over a long smile and a thin pointed beard, which went on to represent widespread international protests against the prevalent class divide and oppression exercised by those considered powerful.

The mask was adopted as a wildly popular symbol in 2008 by online hacktivist group Anonymous, who began Project Chanology, a movement against the Church of Scientology. Since then, the Guy Fawkes mask has been seen on millions of faces in several anti-establishment protests around the world.

From the recent Occupy Central campaign in Hong Kong to the Million Mask March in 481 cities worldwide just last week, this brand of anonymous activism has become a means to fight against injustices, disparities, corruption, as well as for basic rights, despite its current diluted symbolism.