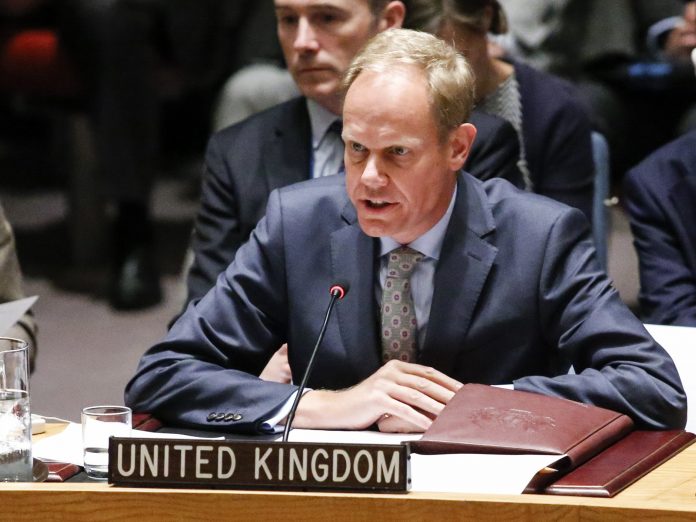 Matthew Rycrofft, Britain’s ambassador to the United Nations walked out of an emergency session of the security council. The emergency session was held on September 25, 2016 in response to the summons by the UK, United States and France over the bombing of Aleppo by Russia and Syrian regime forces.

Rycrofft criticized the constant firings and said that the dropping on Aleppo are, “indiscriminate and a clear breach of international law. The barrel-busting bombs are falling from the skies likewise.” On the other hand French Ambassador too defended Rycrofft’s arguments in a more blunt way saying, “War crimes are being committed in Aleppo. They must not be unpunished and impunity is simply not an option in Syria.”
Reports say that more than 150 air strikes were targeted at the northern Syrian city between September 23, 2016 and September 25, 2016. The firings have led to a death toll of 115 out of which many of them are women and children. The conflict has led to the death of more than half a million people since March 2011 and more than 11 million people have been forced to leave their homes.
Rycrofft walked out along with French and US ambassadors Francois Delattre and Samantha Power respectively. The ambassadors in separate speeches accused Russia of supporting the Syrian offensive while talking about the cessation of hostilities.