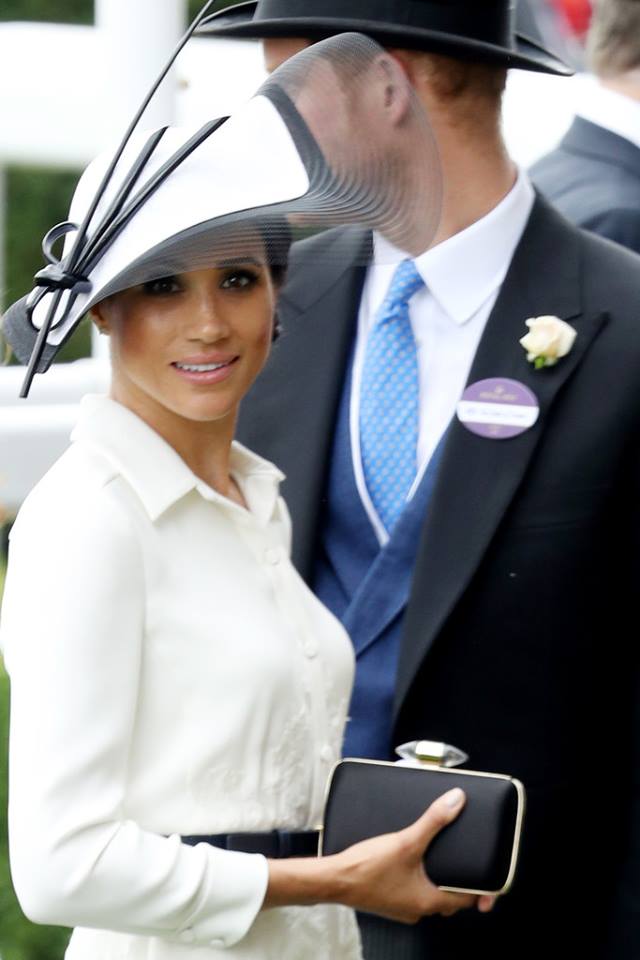 Many observers might have noticed that there is something strange about the footwear that Meghan Markle wears during public appearances. On many occasions it has been noticed that the Duchess of Sussex wears ill fitting shoes during royal engagements. However, not many know that the 36 year old former Hollywood actress purposely wears ill fitting shoes.

Fashion expert, Harriet Davey while talking to a leading daily said, “Celebs often go a size up, or even two, in the shoe department when they’re at an event or on the red carpet and it’s for one reason we can all relate to – to avoid blisters”. The royals are often obligated to be on their feet for a long time at public events so by sizing up the heels they avoid having blisters and also avoid any potential swelling.

However, walking with bigger shoes can be problematic due to which many stars stuff the shoes with tissue to avoid slipping. Harriet further revealed, “A trick of the trade is to stuff the toe with padding like tissue or cotton wool, and this can be taken out once they feel like they need a bit more room in their shoes.” Meghan has always been the target of the fashion police as to what the royals are supposed to wear and what Meghan opts to wear.

The former actress has already a couple of times broken the royal protocol at public events and has been at the receiving end of criticism from the royal followers. On various events it was noticed that Meghan’s heels were a size bigger than her actual size. One of the occasions was when Meghan Markle wore too big strappy sandals with a white coat while announcing her engagement. Even during her visit to the Northern Ireland, Markle was seen wearing brown velour pumps which was a size larger than her actual size.