The much awaited Eclipse movie trailer – which is nothing but a 10 second teaser – has been released and gives fan a look at the third movie of the twilight saga.

All Twilight fans are happy to get a tiny glimpse of the much awaited Eclipse movie which is the third in the Twilight Saga. The official Eclipse movie trailer is set to be released soon. 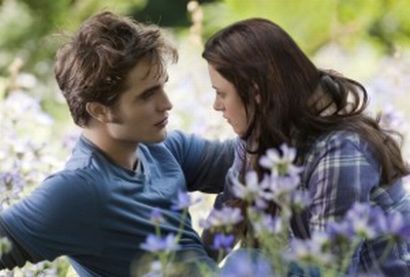 The Eclipse movie trailer is a 10 second teaser which shows you shots of Bella (Kristen Stewart) and Edward (Robert Pattinson) lying in bed together – really close. Then there is a shot of Jacob (Taylor Lautner) telling Bella that he will fight for her, to which Bella gives a helpless expression.

This Eclipse tease is about the Edward-Bella-Jacob love triangle and will definitely hold everyone’s suspense till the end.

Eclipse is the third movie as part of “The Twilight Saga” with Twilight and New Moon being the first and second parts. Breaking Dawan is the next and probably final movie after Eclipse and is currently in production. Sources say that there is a hunt on for the child stars to play Bella’s and Edward’s child characters.

The Twilight Saga film series are directed by Catherine Hardwicke and is based on the novel titled “Twilight” by Stephenie Meyer.

Stay tuned all you Twilight fans, we will be giving you more information as it comes.