The American Idol Top 11 show had a very unique mentor to help the top 11. The mentor was none other than “Hannah Montana” star Miley Cyrus.

The daughter of Billy Ray Cyrus is just 17, but that didn’t stop her from dishing out some advice to the “American Idol” contestants. 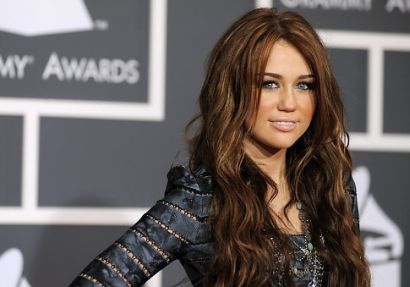 Although there were a lot of questions raised as to how someone who has probably younger than most of the contestants and not that experienced either, could be a mentor at the show. Although Miley’s advice didn;t make any difference to some, it did help some other contestants.

So did Miley give any wrong advice? If we have to consider Andrew Garcia, then we have to say yes.
Miley told Andrew to loosen up on stage and not play the guitar, that was enough to make his Marvin Gaye classic “Heard it Through the Grapevine” turn out bad.

But she did give some good advice too, sadly some didn’t listen – like Paige Miles. Miley told Paige to watch her pitch. And right enough, she didn’t pay attention and Kara DioGuardi called it “the worst vocal performance I have ever heard from you, and possibly of the season.”

One win for Miley was Crystal Bowersox, who listened to Miley to go the extra vocal mile for Janis Joplin’s hit single “Me and Bobby McGee” and the judges loved it.

Although Big Mike was good, judges felt he overdid it. Aaron was back from laryngitis. While Tim Urban and Katie were not good. Casey and Didi seemed to be in the safe zone, as were Siobhan and Lee.

Even though people wondered how Miley could help the contestants, she did fit well in those big boots given the fact that she is just 17 and has sold 15 million albums in less than five years!