Monday night the King of Thailand spoke out publicly on the turmoil the country is going through, but he made no comments on the conflict that is on and now is spinning out of control. He said this to the newly appointed judges at a hospital and requested them to do their jobs well and set an example to others. 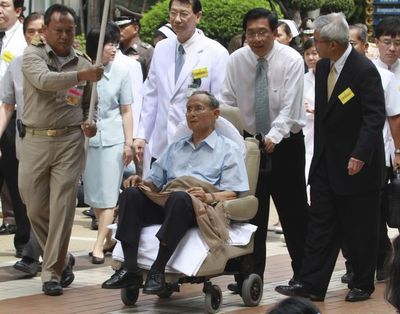 The people of Thailand were yearning to hear from him more, and they felt that he as a father figure could have the words to heal the wounded nation. But on Monday nothing as such could be heard or seen from the King. The protesters on the other hand are on a stiff stand of that could go out of control against the military.

The Kings has become very weak and as he spoke his words only sounded as whispers. Using what he has, what is called “Reserve Power” of his moral structure he has used it twice in 1973 and 1992 at the time when the situation was just as blood-filled as what is now.