There two finalists were Lee Dewyze and Crystal Bowersox and after nation wide voting, the person to become the next American Idol is Lee DeWyze. 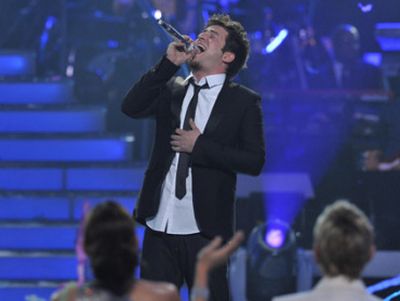 The previous nights performances saw Crystal Bowersox getting more attention than Lee DeWyze’s, and when Lee DeWyze was announced as the winner, the visibly shocked American Idol 2010 winner said: “Thank you guys so much, everybody. I can’t believe this. I love you guys.”

The American Idol 2010 finale opened with the top 12 of this season performing “School’s Out” along with an appearance by Alice Cooper.

The other stars who performed included Christina Aguilera and appearances by Hall & Oates, the Bee Gees, Michael McDonald and Joe Cocker.

The performance that stole the night, was undoubtedly that of Michael Jackson’s sister – Janet Jackson. She looked great and sang “Nothing” before moving on to a rendition of “Nasty Boys.”

Lee DeWyze went on to sing U2’s “Beautiful Day” as fans in his hometown and around the world celebrated his win. However, this is not the end of the road for Crystal Bowersox, since she is a talented musician and will surely go a long way.