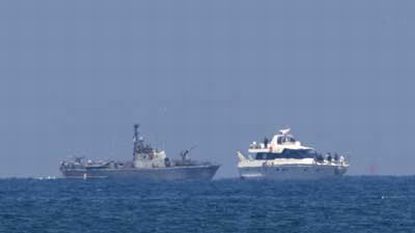 According to Free Gaza Movement, a human rights organization, the clashes took place between an international aid flotilla heading towards Gaza and the Israeli navy.

Reports say that Israeli commandos boarded the deck of a Turkish ship from a helicopter and opened fire on unarmed civilians at 4:30 am.

This has resulted in international condemnation of the Israeli attack on the flotilla of ships carrying aid for Palestinians in Gaza.

It has been reported that the flotilla of six ships – that were sailing from a port in Cyprus to Gaza – were carrying around 10,000 tons of aid to Gaza.

The Israeli attacks have put a severe strain on the Israeli-Turkish relationship and has led to widespread protest and outrage from human rights organizations and people across the globe.