Universal officials are all set to open up the much awaited Orlando theme park called the Wizarding World of Harry Potter on June 18 2010. 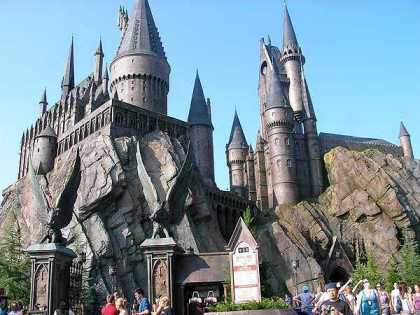 Vacation packages have already been sold to people ever since May 28.

So what has the Wizarding World of Harry Potter in store for visitors? The theme park include a village based on J.K. Rowling’s bestselling book series; the castle, which will take guests through the Forbidden Journey ride which moves through the dungeon level of the Hogwarts School of Witchcraft and Wizardry. Guests can also take a Dragon Challenge, Flight of the Hippogriff and see the Hogwarts Express train, in addition to Zonko’s, Honeydukes, Ollivander’s, Three Broomsticks restaurant and a host of other Potter surprises.

PHOTOS of the Harry Potter Theme Park in Orlando, Florida