Murphy Bed: The Flipping Murphy bed has been there from the days of the first moving footage of cinema, and everyone has seen how it can be folded into the wall or in the cabinet. It has been saving space for people for more than a century. 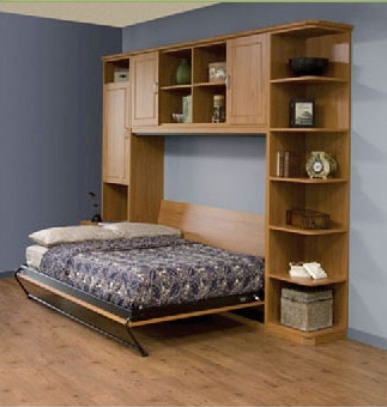 Gene Kolakowski, who is currently running the company which makes this legendry bed, when asked if t be possible for anyone to get flipped in to the wall, he laughed and said practically it’s impossible but it could be done only in Hollywood.

William Lawrence Murphy invented it in the 1900’s and the concept came up in his head, when he was dating a girl and wanted her to come to his apartment, but his room was too small, and he felt that she would not be able to come with him. So he thought if he could only make his room in to a living room by just some how making the bed disappear. This is how the legend of the Murphy bed began.