Cyclone Phet: Thousands were left homeless and many were stranded on the submerged roads on the coasts of southern Pakistan, as the country was hit by cyclone Phet this week. The cyclone has caused heavy flooding and rain in the coastal areas, as the storm hit the coasts between Karachi and Thatta. It is forecasted that cyclone Phet will heavy rains will lash the city of Karachi in the next 36 hours. 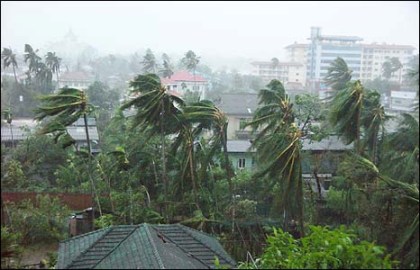 According to reports, cyclone Phet was formed in the Arabian Sea this week, and later it hit the coast of Oman killing 16 people. Meanwhile in Karachi, seven people were electrocuted when a live wire fell into water, resulting in the immediate death of people who were nearby. Reports also say that rescue officials could not go ahead with their work, as the floods were creating a hindrance in their rescue efforts.

Latest updates on Cyclone Phet say that as many as 200000 people are left stranded from the port city of Gwadar, as their homes were destroyed due to the floods.