Takeru Kobayashi, a former hot dog eating champion was arrested at Coney Island for creating a scene at the contest. 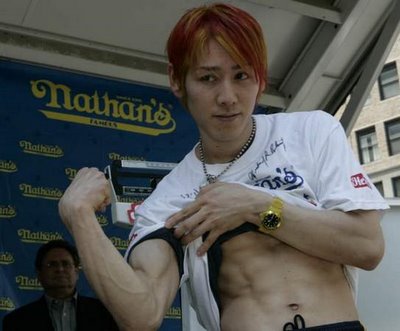 According to a New York police at Brooklyn and representative for Kobayashi, the six time winner of this contest was simply trying to make his way for the stage after the contest.

Kobayashi’s spokeswoman Maggie James, said that the incident was not a publicity stunt in any way.

“He got excited when people chanted his name after the contest …. so he jumped up on the stage because he wanted his fans to see him and (he thought) maybe they would chant, ‘Let him eat,'” James said, referring to a trouble that kept Kobayashi away from the competition this year.

Kobayashi won the competition for six consecutive years from 2001 to 2006. He was not able to compete this year because of some contract dispute with Major League Eating