Kindle 3, a new digital reading gadget, has been introduced by Amazon.com. The new Kindle 3 is in the news because it is priced at $139, which is relatively cheap compared to Apple’s iPad. 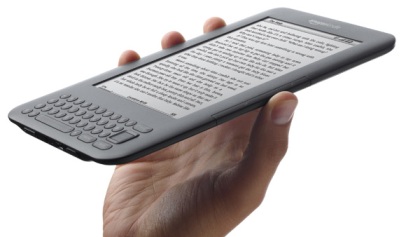 Reports say that the eBook reader is equipped with Wi-Fi only, if it needs to connect online. A 3G model priced at around $189, will be launching in August.

Last month, before the introduction of the new Kindle, the cheapest Kindle 3 was priced at $259. The new Kindle has the same space for reading, but it will be lighter and thinner than its previous models. Amazon.com states that the Wi-Fi connectivity in the gadget is also very fast.

If Kindle were to be compared with the iPad, the Apple gadget is more expensive and costs around $499 to $830. Other readers like the Sony Pocket eReader, and the Borders Kobo priced at $149, but Kindle is still cheaper than them.