Thousands of people have become homeless and reportedly 25 people dead because of the wildfires through western Russia. The government of Russian has reported to have sent around 240,000 people to fight against the wildfire. 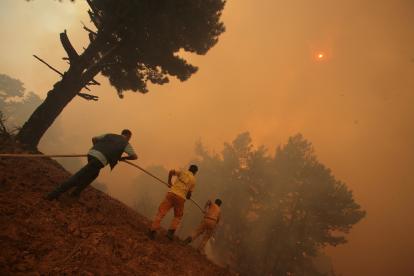 Around 2,825 people have become homeless due to this disaster. The Wildfire has left around 1,257 homes destroyed says the Russian ministry of Emergency Situations. The Russian government has also sent around 226 aircraft to fight the wildfire.

People have been evacuated and well prepared for the citizens safety. Moscow has reached high temperature of around 102 Fahrenheit (35 Celsius), this temperature is the highest temperature Russia has faced since the year 1879.

In this Wildfire in Russia 300,105 acres of forest was reported burning today. The Russian Firefighters are still in progress on air as well as ground to fight this disaster. The pollution levels in the city have reached more than 10 times the safe level.