Rock And Roll Half Marathon Chicago: The 2010 Rock and Roll Chicago Half Marathon takes place today, August 1 and began at 6:30 a.m at Grant Park. 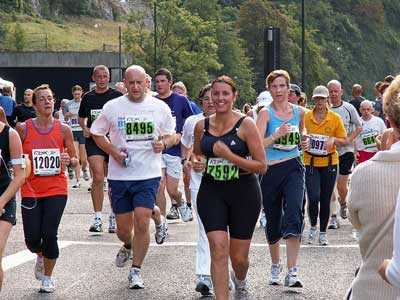 Reports say that due to the increasing number of participants this year, the half marathon implemented a wave start and there was a 3:30 course time limit. The course is 13.1-miles long and ends at Grant Park.