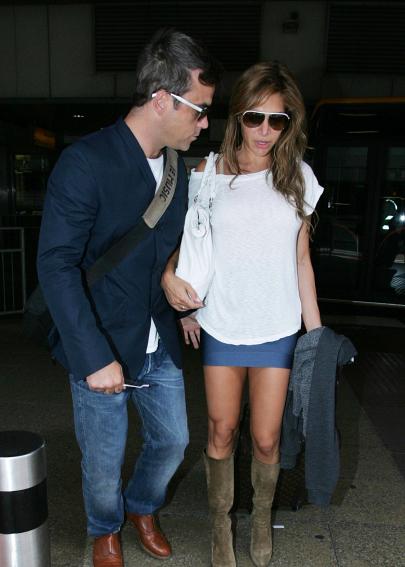 Reports say that Robbie Williams and television actress Field have been seeing each other ever since 2006.

People reports that the couple tied the knot in a small ceremony at their Beverly Hills residence. Their wedding ceremony consisted of around 75 people, which included their close friends and relatives. Field was dressed in a white dress and Williams wore a black Tuxedo for their wedding day.

Robbie’s father, Pete Conway stated that he has never seen Robbie so happy, and that he is happy too, that his son is married . Pete thinks that Ayda is a very beautiful girl and that Robbie and she are really brilliant together.

Robbie Williams is a member of the band “Take That” and also has a very successful solo career.