UK Today News: Friday The 13th Superstitions and Friggatriskaidekaphobia – Does The Fear Of This Day Go Back In History?

Friday the 13th has arrived yet again and besides there being many superstitions tied to this day, many people seem to have developed friggatriskaidekaphobia aka the fear of Friday the 13th. Although superstitions say it is considered to be a bad omen if the 13th day of the month falls on Friday, there has not been any empirical logical reasoning found to this belief, despite the fact that it is largely considered as superstitious. 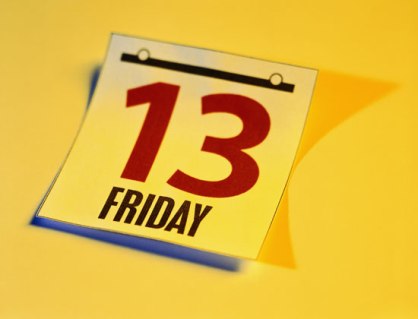 There is also one belief behind this, it is said that Jesus died on Friday and there were 13 people present for the last meal and hence Friday the 13th is a bad day and people should be very careful in whatever they do. However, there is no connection between what already happened and to something which is yet to happen. It is basically fear linked to this day that has made home in people’s hearts and thus people have become superstitious. In this case, people who fear Friday the 13th are said to have friggatriskaidekaphobia.

So what exactly are Superstitions? Superstitions are based on religious, cultural or even on personal beliefs. They are blockages that don’t allow humans to act in a certain way. Apart from the ‘Friday the 13th’ superstition, the most common ones are to sneeze on your left side and bad luck if a black cat crosses your route.

In the end, it is up to an individual to have a belief in these superstitions or not. It is also possible that some people might have actually experienced good things on Friday the 13th but they have have never been mentioned publicly due to the public stigma attached to this day.