Chile Miners Update: The advisory team from NASA has advised the trapped Chilean miners to regularize their day to day routine, in order to stay fit and aid the rescue process. The team of four members that arrived in Chile recently said that the miners need to set their sleeping patterns, as well as diet on the right track. 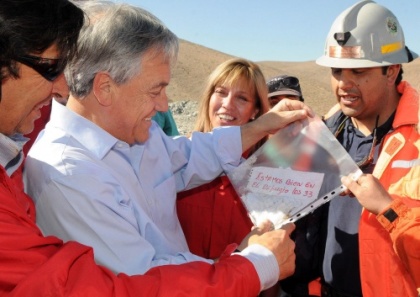 The officials state that Vitamin D is something that the trapped miners are missing on. So NASA officials have advised the miners to ensure that the vitamin is taken as much as possible through food and medicines.

Al Holland, NASA Psychologist said, “One of the things that’s being recommended is that there be one place, a community area, which is always lighted, and then you have a second area which is always dark for sleep, and then you have a third area which is work, doing the mining, and the shifts can migrate through these geographic locations within the mine and, in that way, regulate the daylight cycle of the shift.”

The NASA team came to Chile after the government invited it for the trapped miners’ physical and mental health concern.